Blinded By the Light: a take on Avatar and some responses to it

I read an article in Expo [expoweekly.com] that I found on a friend’s page and it sparked a thing which has been brewing for some time now..
I am a fanatic reader of books. I am a keeper of Lore. I am one of the only people I know among my set of booky folk who was disappointed in Lord of the Rings for precisely this reason. The departure from the books was so great and completely unnecessary that I was utterly turned off.. especially after having seen the first film and how closely it followed the books, which basically let me know just how good a movie COULD have been done by sticking to them. Anyway, I digress.
Avatar.
Every now and then, a movie comes along disguised as something it is not. In this culture, this world of consumerist, ultra planet killing, genocidal celebrations and holidays named in their honor, orgies of extinction and other socially accepted atrocities.. it can be extremely easy to write or create a work that means something, that talks about something, and have it TOTALLY slip through the cracks. Movies can be vehicles for ideas that otherwise WILL NOT be accepted, or even registered by a vast majority of the population at large. When illiteracy is indeed the norm; when visual punchlines have become the perfect aide to brainmushing, movies with a purpose can become spears disguised as garbage in the hands of people with intention.
Imagine if you will a person who operates inside the brainmush mill of Hollywood, and wishes to get several ideas, unpopular, un-politically correct, out to the masses.

When was the last time you saw a celebration of the Divine Feminine to such a degree in a blockbuster movie? When was the last time female warriors and female wisdom were celebrated to such a degree? When was the last time traditional, indigenous tribal practices and ways of being and communing with nature were depicted in such a way–in a Blockbuster? In a movie with an unHEARD of budget? In a movie that was seen all the way round the globe and not just in independent movie theaters as thoughtful, insightful, but damn near totally unremarked indy films? In a movie that outsold every other movie of its’ time period? That undoubtedly reached MILLIONS of viewers who otherwise could give a shit about the destroying of this Mother, their planet? Who could care less about corporate ways of working and moving in on peoples who live in places rich in whatever the corporations have decided is valuable? Who have never even THOUGHT about or sometimes even heard of the concept of ancestors? Let alone ancestors that are accessible and guiding them and their footsteps?
Perhaps there were many films with several of these themes present, but all? And a blockbuster to boot? I continue to stress blockbuster because I believe this movie, with it’s characters drawn from a host of generic tales, and a storyline very reminiscent of who knows how many stories already told, managed to do what no other movie in the history of movies has done thus far: slip an INCREDIBLE collection of purposeful, intentional, eye-opening concepts, possibilities, and ways of being, right under the noses of a entire nation hellbent on snuffing out most any form of accessible media with any kind of serious message. What Cameron managed to do, was PACKAGE these ideas, these concepts, these ways of being and some of the things being done on and to our planet and it’s people, in a vehicle so streamlined, so visually stunning, so lit up with bells and whistles, that a great many of us have been blinded to it’s truth. Blinded to it’s function. Blinded to the fact of what it has accomplished and made possible for others.
Blinded, in essence, by its light. 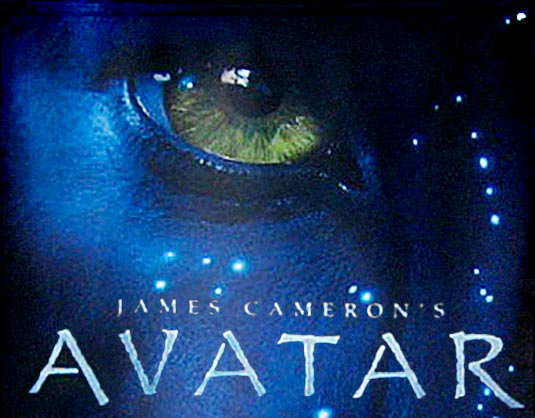