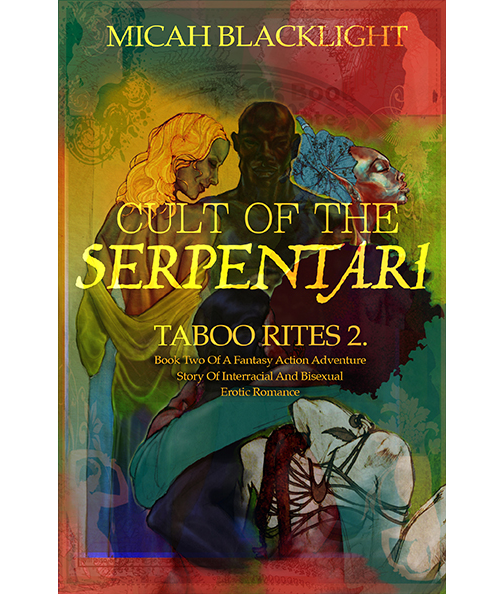 What Happens When You Mix A Roadtrip Through

Cult Of The Serpentari: Taboo Rites
A Fantasy Action Adventure Story Of Interracial And Bisexual Romance

“Micah has written and illustrated an epic hero’s journey through a vivid and exotic world filled with marvels. The hero is worthy and irresistible, and I thank him on behalf of my gender for rendering his many female characters with affection and respect. His sex scenes are sizzling hot, among the best I have ever read, and I think they will appeal to both men and women because they are told from a man’s point of view but are incredibly perceptive about women’s sexuality…”

Join the exclusive Cult Member mailing list and receive the second book in this delicious series for FREE!

“..impeccable storytelling with sensual orgasms intertwined. Who knew you could do that?!”
~Cult Member