The Analogy of the Tailor-Made Suit..[ alternative relationship paradigms ]

I would like to share with you all my latest epiphany about relationships, particularly romantic ones. It goes as follows ..eh hem:
I think that typically people the world over, approach getting into relationships the way men approach going TO a wedding:
they go buy a suit. the suit is labeled ‘Relationship’. it was made BY other people, FOR other people a really really long time ago. But we put the sumbitch on anyway. for some of us, perhaps even a great many of us, that suit fits PERFECTLY. ahh man it’s like it was made for us by someone who knew our tastes really well. the color, the fit, everything’s brilliant!

for great great many others of us.. not so much. I mean, who put a cummerbund on this thing? the sleeves are too tight, the belly’s too loose, I HATE bellbottomed suits, and WHO gave this thing highwaters? I don’t like tuxes anyway..etc.
but, of all the people who have this reaction to the suit, only a fraction of a fraction, ever even so much as THINK about getting a tailor-made suit! cats squeeze and push their way into it. they don’t just try it on either, like, they WEAR that mufucka like it was the end-all option for wedding apparel. some eventually grow into theirs. others chafe constantly, sometimes taking it off to go illicitly engage in a rent-a-suit somewhere they won’t tell anybody about, only to come back later to put that suit back on and take the consequences for dipping out without permission.

well. fuck that.
I’ve met a woman. a being, a goddess,
and we
have chosen
to create the ultimate tailor-made suit for ourselves. my relationship may not end up looking like anybody elses.. but seeing as how it ISN’T anybody elses, why should it?
I just wanna congratulate all of those who I’ve been exposed to, as well as those who exist outside of my knowledge or sphere, who have chosen to make a go of creating tailor-made suits. rock on, and may we inspire as many others, as have inspired we.
love to all ya’ll tailored or no

and as my guru slash bad-ass Pan hippie/Freek brother Mikio says,
why put a ceiling on our dreams as a limit, when we’ve got the sky above us?
..or something like that.. 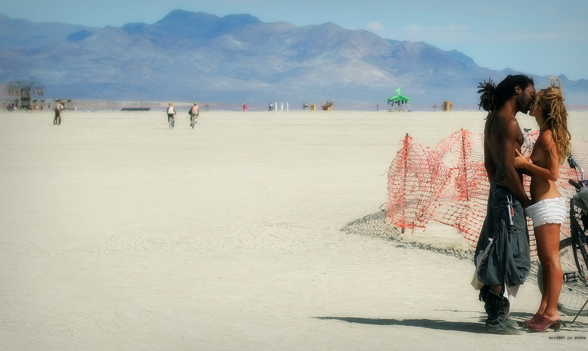